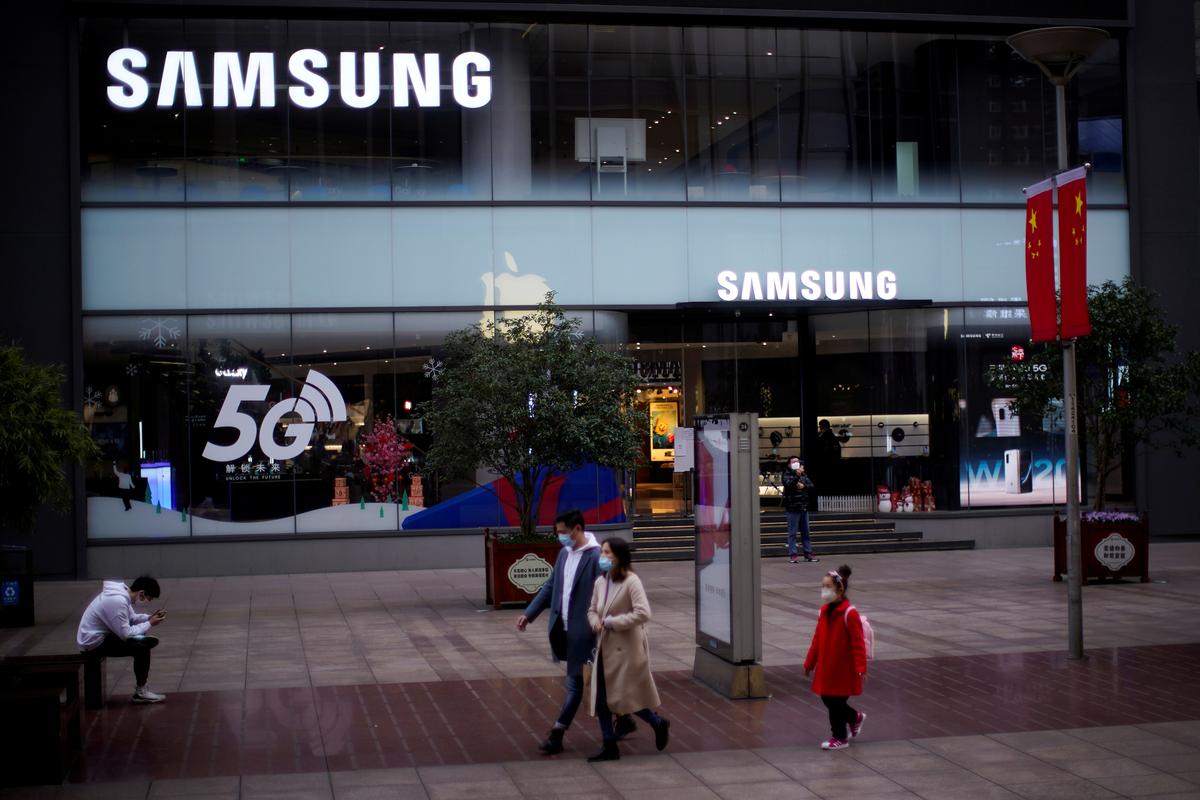 FILE PHOTO: People wears masks in front a Samsung Store at a main shopping area as the country is hit by an outbreak of the new coronavirus in downtown Shanghai, China February 21, 2020. REUTERS/Aly Song

SEOUL (Reuters) – Samsung Electronics Co Ltd said its operating profit rose 3% in the January to March period, in line with its earlier estimate, as the stay-at-home trend due to the COVID-19 pandemic cushioned the virus blow.