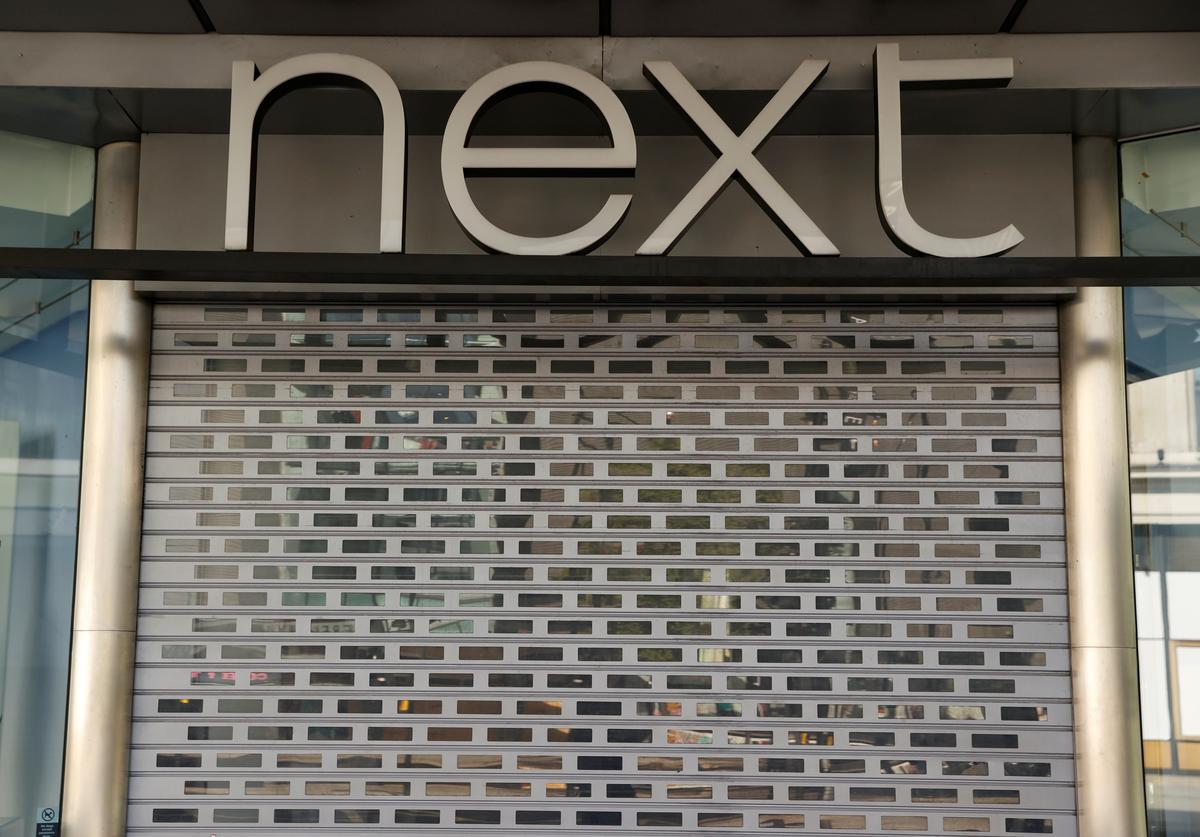 FILE PHOTO: A Next store is pictured on Oxford Street as the spread of coronavirus disease (COVID-19) continues in London, Britain, April 15, 2020. REUTERS/John Sibley

LONDON (Reuters) – British clothing retailer Next (NXT.L) said on Wednesday total product sales in its latest quarter crashed 41%, reflecting the closure of all its stores in the coronavirus lockdown and the temporary shutdown of its online operations.

Next said store sales plunged 52% in the 13 weeks to April 25, its fiscal first quarter, while online sales were down 32%.

The firm said the fall off in sales to date had been faster and steeper than anticipated in its March stress test so it has increased its cash resources through asset sales, and by suspending share buybacks and dividend payments.

It has also taken further steps to secure its debt finances by agreeing with its banks to waive financial covenants in its Revolving Credit Facility (RCF) for the coming year. It has also secured additional borrowing facilities through the government’s Covid Corporate Financing Facility (CCFF).

Next said it now believed its finances are as secure as when it announced in March, if not more so.

It said that even in its new worst case scenario, with full year full-price sales down 40%, the mitigation it has put in place means it can operate comfortably within its cash resources and will end the year with less net financial debt than at the end of the previous year.

Next said much will depend on its ability to continue increasing the capacity of its online operations within the constraints of new safe working practices and on the timing of store re-openings.