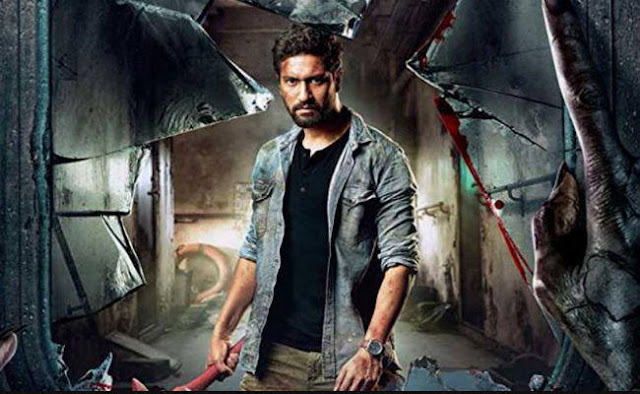 Bhoot Box Office Collection Day 2: The film Bhoot is earning steady at the box office. Now the thing to see is how long Vicky's film Ayushman Khurana's film Shubh Mangal is able to stand in front of the more careful.

Ayushmann Khurrana's film Shubh Mangal collides more carefully with Vicky Kaushal's film Bhoot Part One: The Haunted Ship is not in the mood to retreat at the box office. Director Bhanu Pratap Singh's Bhoot Part One: The Haunted Ship is being liked by the public. After earning well on the first day, it remains in the collection game at the box office on the second day as well. 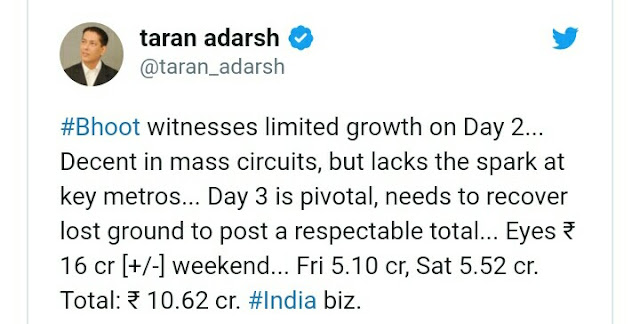 Bhoot Movie in the game

However, it is half the collection of Ayushman Khurana's film. The thing to see now is how long Vicky's film Shubh Mangal is able to stand in front of the more careful.

Talk about the film Bhoot Part One: The Haunted Ship, it is based on a real incident in Mumbai. This is the story of a ship which suddenly comes to the end of Mumbai and stands up. In such a situation, Vicky Kaushal is sent to investigate this. Vicky learns that he is ghostly by going on a ship and then he faces troubles.

Bhumi Pednekar and Ashutosh Rana have worked with Vicky Kaushal in Bhoot. It has been directed by Bhanu Pratap Singh while it has been produced under Karan Johar's Dharma Productions. The film has received mixed reviews from the public and critics.
at February 23, 2020
Email ThisBlogThis!Share to TwitterShare to FacebookShare to Pinterest
Labels: Bollywood News, News 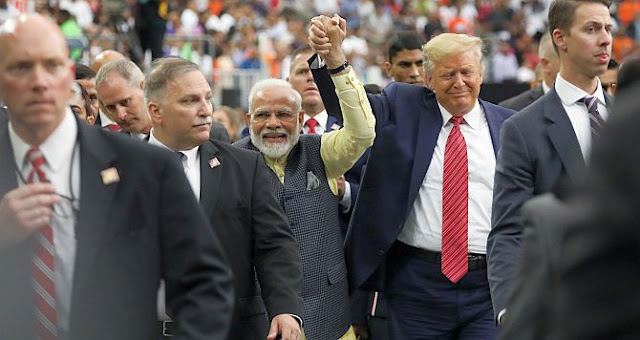 As we all know that US President Mr. Donald Trump will visit India on Monday 24/02/2020. And the preparations for their arrival are going on in full swing. Indian Prime Minister Narender  Modi is hosts Donald Trump. With Donald Trump coming to India, relations between India and the United States will become stronger. And PM Modi and President Trump will discuss many such things that will make India's economic situation even stronger.

Due to Corona virus China economic growth down this year to 5.6%

China economic growth this year to 5.6%, down 0.4% points from its January data due to Corona virus. New Corona virus cases added in South Korea, But fewer in China. 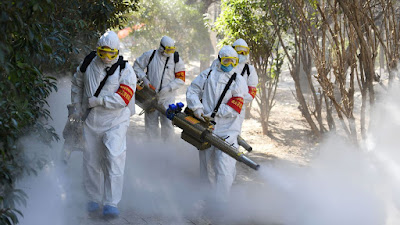 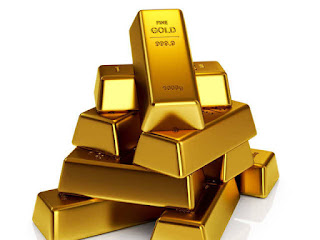 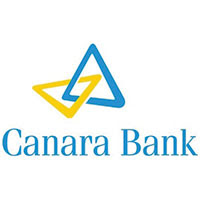 Canara Bank is one of the largest public sector banks (PSU). As per Technical analysis of  Canara Bank Share Price (CANBK). stock is trading in Flat top  bottom down Channel. And as per chart analysis its going on downward direction at the price of near 160. Now the current price of the stock is Rs. 172.80. For detailed price target analysis please read more :-

As we all know that US President Mr. Donald Trump will visit India on Monday 24/02/2020. And the preparations for their arrival are...